Two titles I am wholeheartedly reclaiming! Yes – I’m a witch. Yes – I can be a bitch! I’m cool with that... ‘Sometimes being a bitch is all a woman has to hold onto’ -Steven King via his character Delores Claiborne.

I’m really not all that bitchy but it got your attention right?!

I was wondering what to write about this week, when three of my friends have randomly been in touch to ask me about my spiritual beliefs, and or books around that subject, so I decided I would share that on here too!

On my website you will see that I have been called a ‘Spiritual Gypsy’ – a term I really quite like! I do take many aspects from other religions and use them in my own spiritual practise. The rosary/ prayer beads for example are an amazing tool for focusing the mind on an outcome/intention/prayer, so I have some pagan prayer beads. I am a little bit in love with churches and the peaceful energy they hold (Bet you didn’t realise Witches could go in churches without spontaneously combusting??!!) But my religious and spiritual path as a pagan Witch hasn’t faltered in the 17 years that I have been on it.

Now I know lots of people are only interested in the juicy stuff – witchcraft/magick/spells... but I want to start with sharing my spiritual jouney:

My path is more of a pagan path than ‘Wiccan’.

As I understand it, & correct I'm happy to be corrected if I'm wrong, but Wicca is kind of the modern structured religion of much older teachings. Wicca was started by Doreen Valiente (who actually lived in my hometown, Brighton!) and Gerald Gardner. In Wicca you have the same pagan festivals and the wheel/cycle of the year is celebrated (Imbolc in February, Ostara/Easter at the spring equinox, Beltane/mayday, Litha/summer solstice, Lammas/harvest, Mabon/autumn equinox, Samhain/Halloween, Yule/ winter solstice or Christmas) With Wicca it is thought that they ‘wrote down’ and recorded much older knowledge. So it isn’t ‘new’ as such, it’s still a very old traditional path, with incredible teachings. In Wicca you have set rules to follow like the Wiccan rede “and if it harms none, do what you will” and what’s called the three fold law -“what you give out comes back times three!” (Karma effectively!) In Wicca there is a hierarchy - like a High priestess etc. Wicca is the basis for most of the TV shows that deal with witchcraft -charmed, the craft etc... for whatever reason, it does seem to have a huge American following. And it is very much a path of light- ‘white witches’ etc. (Don’t worry I’m not into the dark stuff either! ) Wicca is also more of a Goddess based religion. So most of their rituals are based on Goddess worship and feminine cycles. Wicca was where I first started reading, but I think once you open the doors with spirituality - you’re led to the right path for you!

The biggest spiritual lesson I have EVER learnt is that you are your own best spiritual teacher – what resonates and is truth for you is what you should follow! Everyone has their own truth and path.

The first book I ever read was ‘The beginners guide to witchcraft’ by Theresa Moorey. I also checked out from the library ‘men are from Mars and women are from Venus’ and ‘A guide to Buddhism’- so I was obviously looking for something! As soon as I read that first book on witchcraft, and it is very basic, but I felt like I’d come home. It’s the only way to describe it! It was like I was reading stuff I already knew, but had just forgotten about myself. It was the strangest feeling. It is also one way I have heard it described time and again, by other pagans/witches – like ‘I’ve come home’.

I then read an ‘Introduction to Paganism’ again by Theresa Moorey. This was before we even had dial up internet at home! So the online resources we have now were not available to me!

At the time I was also going through a painful break up and rediscovering my self worth so (although not related to my spiritual path directly!) I was also reading – ‘A Woman’s Worth’ and ‘A Return to Love’ by Marianne Williamson, and ‘Women who run with the Wolves’ by Clarrissa Pinkola Estes. All incredible books about sacred femininity. I also read ‘Sati’ by Christopher Pike which is a teen book, but I read it way back when, and it was the first book that even suggested to my mind that God could be a woman. Paganism for me is a little less ‘structured’, than Wicca. It doesn’t really involve A coven - (although I have randomly just agreed to join one after 17 years!)! There isn’t a structure in terms of becoming a high priestess. It’s also more of a duality based path- so the God and Goddess are equally revered. Light and Dark is honoured. So although I don’t mess with dark energy- I recognise and honour its existence and that without darkness we would have no light, and that death is as natural as birth. As I said I’m not really into the darker/shadow/gothic side of things but I recognise its existence and respect its power. (Especially important if/when you do rituals/magick!) For me the duality is everywhere in nature, light and dark, male and female, and it’s in all of us too- we can all be loving and generous or selfish and mean , depending on circumstances and choices we make.

Recognising there is darker energy doesn’t mean you have to play with it. You can respect it, but not dwell on it.

Life is a continuous cycle of life, death and rebirth. Evident in all natural cycles. Paganism also kind of encompasses and is an umbrella term for different factions of nature based religions and different pantheons of Gods/Goddesses if you like.

For me - I follow a Celtic tradition, I’ve always been drawn to Ireland (my dad is Irish!) so my Goddesses are The Morrigan ( triple Goddess!) Brigid, Danu etc. But other pagans might worship the Nordic gods/goddesses like Freya/ Thor Loki etc, or Egyptian goddesses such as Bhast/Isis or Roman Goddesses such a Venus/Aphrodite... etc. Even Native American religions could be considered ‘pagan’. The similarities between them all would be worshipping the cyclical nature of life and the Earth, so honouring the turning of the year and the seasons, the moon cycles as it grows and wanes, the cycle of our lives as women from maiden, mother, crone...! Paganism very much keeps me living on the Earth plane and enjoying the cycle and physicality of my life and my existence. But I also believe there are other energetic beings within the universe that are here to guide and help us - such as ancestral energy or angelic energy. (I'm pretty sure Angels appear in most religions on Earth and are not exclusive to church/bible based religions!) So that’s the spiritual aspects...

Witchcraft - the act of making magick is really about using natural elements through ritual and prayer and trying to create an outcome. So for example using herbs to heal, or offer protection, love spells, spells to create harmony in the home etc... the ritual aspects of these are really just about focusing your mind on an intention, then releasing that intention into the universe. And as I said earlier- it’s about your intention! And your personal ethics have to be set in stone. So, I would never cast a spell on anyone except myself. I protect my home, I ask the Goddess to protect my husband and the kids but I wouldn’t do a spell to get him to do the washing up for example! God- I’ve rambled loads and not even given you that many book suggestions! I will attach a picture of some of the others I have read recently that I think are pretty powerful.

Talking of power- I think that is what speaks to me with Paganism. It’s the power to talk to your own God without having to go to church, worshipping nature as we can see it all around us! You don’t need to prove the cycle of the year - it’s evident daily! The power to use nature to benefit my life - with herbs, magick, healing. The power to communicate and feel and work with energy that I can feel around me all the time- the energy of spirit, ancestors, angels, trees even... I’ve felt these energies since childhood and no other religion seemed to allow for them to make sense.

It’s also religion/spiritual path that allows for everyone to find their own truth. Pagans don’t generally argue over which Goddesses/God’s are more powerful! (Well not anymore since the Romans converted to Christianity anyway! ) They recognise everyone might have a different path. My faith and spirituality has been a huge source of comfort over the years.

Whatever path you find towards the divine, I hope it brings you comfort and helps you feel as though you have found your place in the world.

I hope that helps answer some of your questions and you’re not totally freaked out by my weirdness! You know where to find me if you would like to ask any questions or to book in for your own healing treatment or Angel Tarot Card Readings.

A beginners guide to paganism by Theresa Moorey

The Wiccan Temptress by Marei Bruce 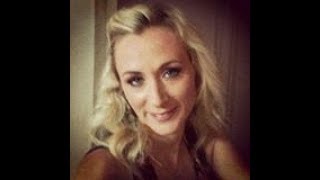